‘Your DNA is an abomination’: University under fire for publishing anti-white article

A Texas university newspaper is apologizing after a student wrote an opinion piece that condemns white privilege and accuses white people of being an “aberration” that “shouldn’t exist.”

Martinez begins his article, entitled: “Your DNA is an abomination,” with a tweaked Robert Oppenheimer quote about the detonation of the first atomic bomb he helped develop.

“Now I have become white, the destroyer of worlds,” Rudy Martinez, a student at Texas State University, wrote in an Op-Ed published by the University Star on Tuesday.

Martinez then rambles about his justifications for hating white people.

“When I think of all the white people I have ever encountered – whether they’ve been professors, peers, lovers, friend, police officers, et cetera – there is perhaps only a dozen I would consider ‘decent,’” Martinez wrote.

In the piece, Martinez claims that white people in the US are an “aberration” who descended from Europeans and abandoned their identity “in search of something ‘new’ – stolen land.”

The article does not include any biological reasons why white people are inferior, and seems to flip the script at one point, saying that being white is more of a choice.

“You were not born white, you became white. You actively remain white. You are estranged from yourself and, in that absence, have been instilled with an allegiance to a country that was never great,” the piece continues.

Martinez then ends the piece by calling for the end of the white race, citing his personal “hate” for them.

“Whiteness will be over because we want it to be,” Martinez wrote. “Until then, remember this: I hate you because you shouldn’t exist. You are both the dominant apparatus on the planet and the void in which all other cultures, upon meeting you, die.”

Denise Cervantes, the editor of the paper, issued an apology after the piece “received widespread criticism.”

Cervantes said that the original intent of the article was to “comment on the idea of race and racial identities.”

“We acknowledge that the column could have been clearer in its message and that it has caused hurt within our campus community,” Cervantes said. 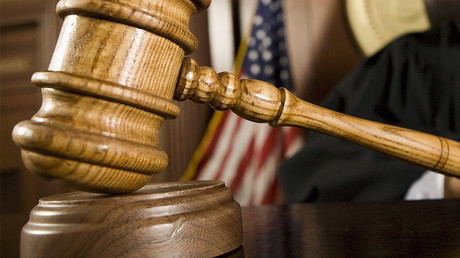 The editorial board also issued an apology, saying that Martinez was fired after they received hate mail and “numerous” death threats.

“We allowed a hateful column to be published and hurt our community that deserves better,” they wrote.

The board said that they will create “more rigorous guidelines” and “methods of oversight” to review content before it is published. The next issue will also include letters to the editor responding to Martinez’s piece.

Judy Oskam, the director of the University’s School of Journalism and Mass Communication, said that a review committee will examine the newspaper’s operations to “determine how its editorial review process may be strengthened.”

“The subject of race, the polarizing nature of the column, and the resulting reaction challenge us to find ways for freedom of the press to be balanced with our Bobcat values of inclusion and respect,” Oskam said in a statement.

However, the Student Government of Texas State University said that the editorial board should resign, saying they “knowingly allowed divisive, racist material to stain the reputation” of the school.

“The University Star has proven through this racist article that they no longer align with our core values at the university,” student body president Connor Clegg said in a statement.

If the editorial board does not resign, Clegg said the school should pull the newspaper’s funding.

“There is no reason for over 39,000 students to be force to invest their student fees towards this brand of journalism,” Clegg added.

Former TSU student body president Andrew Homann said that the piece was “blatant racism against white people for nothing other than the color of their skin.”

“Rudy literally states he hates white people because we shouldn't exist,” Homann wrote in a Facebook post. “No one is going to take this paper seriously if the editorial board continues to allow baseless garbage to be published week in and week out.”