Russians are everywhere, and everything they do is an existential threat to democracy and the American way of life. So says the 200-page report published by Senate Democrats on behalf of one of the most outspoken Russia hawks.

The report, compiled by Democratic staffers of the Senate Foreign Relations committee and published Wednesday, was commissioned “shortly after the 2016 election” by ranking member Senator Ben Cardin (D-Maryland). Many of its sources are individuals and media outlets with a known anti-Russia bias.

Titled “Putin’s asymmetric assault on democracy in Russia and Europe: Implications for US national security,” the report asserts there has been a “20-year” campaign to undermine democracy led by Russian President Vladimir Putin personally. In addition to eight chapters on everything from “Soviet active measures” to the alleged “Russian coup” in Montenegro, the report contains nine appendices of Washington’s favorite Russia conspiracy theories, from the 1999 apartment bombings to “Russian doping” and “alleged political assassinations.”

The report recommends a major defense build-up, expansion of NATO, “preemptive sanctions” on new countries, and reinforcement of the war on terror apparatus to wage a new Cold War. Thanks to Russiagate, liberals will blindly support this neocon wish list. https://t.co/S5gwE4oSXz

“The Russian government, under Putin’s leadership, has shown that it is both capable of and willing to assault democratic and transatlantic institutions and alliances. These assaults take many forms, including the use of disinformation, cyberattacks, military invasions, alleged political assassinations, threats to energy security, election interference, and other subversive tactics that fuel corruption, employ organized crime, and exploit both far-right and far-left ideologies to sow discord and create confusion,” the conclusion of the report reads (page 153).

Putin hates democracy, they argue, because Western sanctions “threaten the ill-gotten wealth of his loyalists and hamper their extravagant lifestyles,” present “an attractive alternative to his corrupt and criminal rule,” and are resilient to corruption, “thereby limiting the opportunities for the further enrichment of Putin and his chosen elite.” (page 1)

Cardin is the principal sponsor of the 2012 Magnitsky Act, the 2016 Global Magnitsky Act, and the 2017 CAATSA law overriding the Trump administration on various Russia-related sanctions. Not surprisingly, the report invokes all three (page 147) as useful tools for dealing with Russia.

The report includes more than 30 recommendations that would involve the US, EU and NATO taking action against Russia. These would include the establishment of a global body on “hybrid threats” modeled after the coalition to fight Islamic State (IS, formerly ISIS/ISIL); designating countries that conduct “malign influence operations to assault democracies” as State Hybrid Threat Actors and subjecting them to a “preemptive, escalatory sanctions regime”; and mandating social media companies to disclose funding for political advertising, and work with “philanthropies, governments, and civil society to promote media literacy and reduce the presence of disinformation on their platforms.”

Much of the report deals with news coverage by RT and Sputnik, described as the “Russian government’s main external propaganda outlets.” RT and Sputnik’s fault seems to be that they “target a diverse audience: both far-right and far-left elements of Western societies, environmentalists, civil rights activists, and minorities.” (page 40)

Meanwhile, one of the recommendations was to broadcast “more American popular culture” to “neutralize the Kremlin’s active measures” (page 108), offering “popular entertainment programming” to bolster news reporting by US government-funded Voice of America (VOA) and Radio Free Europe/Radio Liberty (RFE/RL).

Many of the sources cited by the authors are media reports – including those from VOA and RFE/RL. Other sources include the “NATO Strategic Communications Center of Excellence,” Economist correspondent Edward Lucas, The Atlantic correspondent Julia Ioffe, and Anne Applebaum, a Washington Post columnist and wife of former Polish government minister Radoslaw Sikorski.

Another source mentioned is Diana Pilipenko, “the principal investigator for the Moscow Project at American Progress,” a Democrat think-tank founded by Clinton campaign chair John Podesta. Pilipenko’s opinion piece in The Guardian is used to argue (page 119) that Facebook wasn’t looking hard and wide enough when it found just 73 pence ($.93) worth of “Russia-linked” advertising connected to the Brexit referendum in the UK. 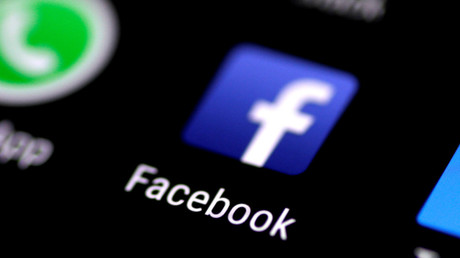 When discussing France (Chapter 6), the report repeats claims that Russia was behind the alleged hack of President Emmanuel Macron’s emails, though the head of the National Cybersecurity Agency of France (ANSSI) Guillaume Poupard could not confirm this was the case.

The report also highlights the “significant presence” of the Russian Orthodox Church in France, including “a new church and community center near the Eiffel Tower—seen as a visible display of Russian might in the heart of Europe and part of the Kremlin’s attempts to influence France’s 200,000-strong Russian diaspora.” (page 123)

Cardin’s staff also claims that Germany was targeted “through energy ties, cultural and political influence, disinformation, and cyberattacks” (page 127), though German officials admitted there was no evidence of such a thing, and even the New York Times wondered“Why no Russian meddling?”

Yet the Democrats’ report accuses Russia of backing both the far-left Die Linke and the far-right AfD (page 128) and sees sinister motives behind the popularity of Russian martial arts (page 130) in Germany.

To counter the omnipresent malign Russian influence, the authors recommend promoting programs like “Learn to Discern,” promoted by the Canadian government in Ukraine between July 2015 and March 2016, which trained 15,000 Ukrainians in “safe, informed media consumption techniques.” (page 143-44).

Last, but not least, Chapter 7 calls for US lobbying against Russian oil and gas pipelines such as Nord Stream 2, “which could make Europe more dependent on Russian energy supplies and would significantly diminish Ukrainian government revenues collected from pipeline transit fees in its territory” (page 144). Moscow has sought to build the pipeline in order to prevent authorities in Kiev from holding Europe hostage by closing the valve every time they have a political dispute.

Cardin, who is up for re-election in November, would become chairman of the Foreign Relations Committee if Democrats gain the majority in the Senate. The report was compiled and published independently of the Republican majority on the committee, currently chaired by Senator Bob Corker (R-Tennessee).

“While we will review the report in its entirety, including the recommendations, no further full committee activity is planned at this time,” Corker’s spokesman Micah Johnson said in a statement cited by AP on Wednesday.

Effective ways to get rid of drowsiness while driving