Rabbi Michael Schudrich says the law, which makes it illegal to accuse the Polish nation of complicity in crimes committed by Nazi Germany, including the Holocaust, has caused widespread confusion."We are hearing many more distortions of facts than we heard two weeks ago," Schudrich told CNN. "The way the law was written and presented failed to meet its goal and that's something we are going to have to work on."Polish President Andrzej Duda signed the bill late Tuesday ahead of it being assessed by the country's Constitutional Tribunal. The law would ban the use of terms such as "Polish death camps" in relation to Auschwitz and other such camps located in Nazi-occupied Poland. Violations would be punished by a fine or a jail sentence of up to three years.The new law has led to widespread criticism from Israel, France and the United States."My sense is that no one anticipated this strength of a negative response," Schudrich said. "Part of it clearly is that for many Poles it's been too painful and too long to hear expressions like 'Polish Death Camp;' it's blaming them for something they didn't do.""One of the most horrible places on the earth Auschwitz — you can understand it that if you didn't do it and are being blamed for it. that's upsetting. So I understand that. However the way the law has been written, the way it had been explained to the public, was done clearly in an insufficient manner." 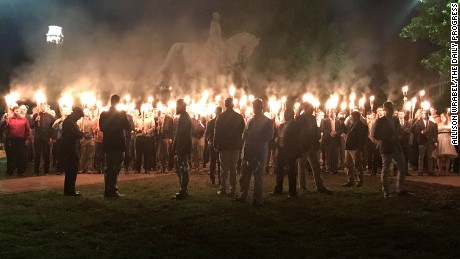 Poland was the center of Ashkenazi Jewry before the Holocaust, with around 3.5 million Jews living in the country before the outbreak of World War II in 1939. By the end of the war, just 10% of the community remained. According to Yad Vashem of the Holocaust remembrance center in Jerusalem, between 30,000 and 35,000 Polish Jews were saved with the help of non-Jewish Polish citizens. Schudrich, who was appointed as the country's chief rabbi in 2004, has spent most of the past 30 years working with the Jewish community in Poland.Read: Poland's Holocaust law should terrify youHe believes that the Jewish community and the government need to communicate more clearly. "What is very important now is that the two sides listen to each other," he added. "So what has been heartbreaking over the last 10 days is how people have been talking at each other.""Clearly this law was supposed to me about education, to educate the world what the Poles did and didn't do during World War II, what they were complicit of and weren't complicit of. It's education and as we could see the goal of education has not been met. The opposite has happened. "Read: Anti-Semitism is still alive in Germany 70 years after the Holocaust

'This is not meant to revise history'

While there is a consensus among historians that certain Polish individuals and groups did collaborate with the Nazi occupiers, recent Polish governments have sought to challenge that narrative. 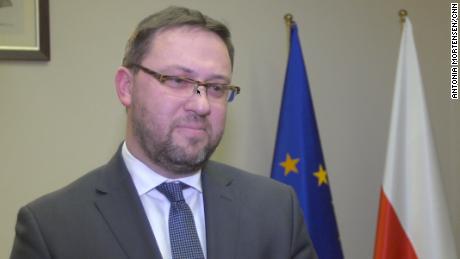 Poland's Deputy Foreign Minister Bartosz Cichocki said the law would restrain those who claim Poland was responsible for the actions of Nazi Germany, not rewrite the country's history. "This is not meant to revise the history whatsoever, this is meant to guard the truth about the Holocaust," Cichocki told CNN."We have to realize that when he or she says that the Polish state or the Polish nation is responsible for the Holocaust, they diminish the responsibility of the real perpetrators."This is also a way of Holocaust denial and we want to fight it and we will stand together with Israel and the other countries to guard the truth of the Holocaust. Our law actually follows the example of legislation all over Europe and Israel that penalizes Holocaust denial." The law, which includes exemptions for those carrying out academic research and art, has been sent to the country's Constitutional Tribunal to ensure it doesn't breach the Polish constitution. "I can't see how people including witnesses of history telling their stories could be punished. This is simply a misunderstand and this is not in the law," Cichocki added.