Prince dies, refused to be buried with queen

The 83-year-old prince, who was hospitalized in Januarywith a lung infection after being diagnosed with dementia last September, had previously said he did not wish to be buried beside his wife over the refusal to name him king.The French-born prince has been unhappy with his title since being named prince consort — rather than king consort — upon the couple's marriage in 1967."It is no secret that the prince for many years has been unhappy with his role and the title he has been awarded in the Danish monarchy. This discontent has grown more and more in recent years," the palace's communications chief, Lene Balleby, told Danish tabloid BT in August last year. "For the prince, the decision not to be buried beside the queen is the natural consequence of not having been treated equally to his spouse — by not having the title and role he has desired." 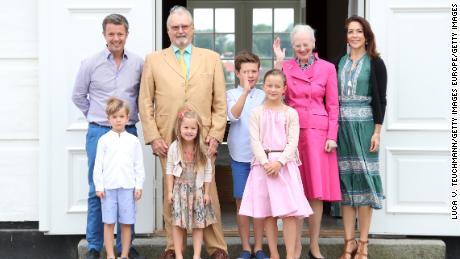 Balleby added that the decision had been accepted by the queen.CNN contacted the Danish Royal House for comment on where Prince Henrik will be buried, but did not receive an immediate reply.Queen Margrethe, 77, is still expected to be buried at the Roskilde Cathedral in a sarcophagus created by Danish artist Bjørn Nørgaard.

Family by his side

Queen Margrethe and the couple's two sons, Prince Frederick and Prince Joachim, were with Prince Henrik when he died at the royal residence Fredensborg Palace, on the Danish island of Zealand, a palace statement said.After being hospitalized for a lung infection last month, the prince was discharged Tuesday to spend his "last days" at home, according to Danish media. The prince, who retired from public life last year, was born Henri Marie Jean André de Laborde de Monpezat in a suburb of Bordeaux, France, in 1934. 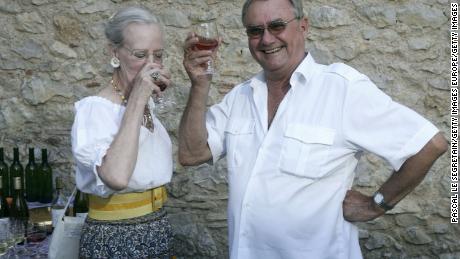 In his early 30s, Prince Henrik worked in the Asia section of the French Ministry of Affairs at the French embassy in London. It was during this time, in 1965, that he first met then-Princess Margrethe at a dinner party of mutual friends. They were engaged in 1966 and married the following year.In a period of mourning, the Royal Family will not participate in "social or entertaining events" until March 14, the family said in a statement.A previous version of this article misspelled Lene Balleby's family name and left out a word in her second quote. Both errors have been corrected.

CNN's James Masters and Hilary McGann contributed to this report

How UK’s birds are being affected by a changing climate