BEAUTIFUL: Monument to the sun

While Germans and Italians have been holidaying there for years, Zadar has been off the radar of the British, who usually opt for Dubrovnik and Split. 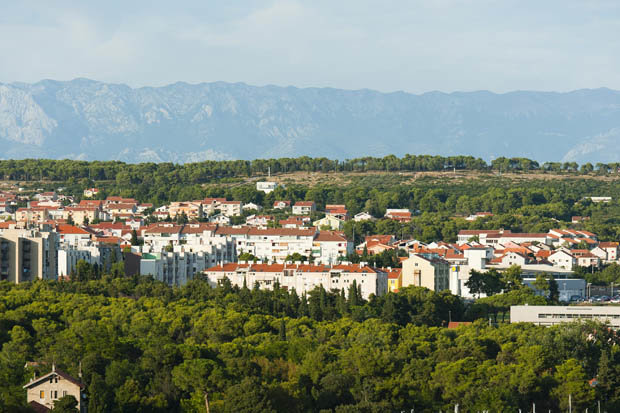 TRADITIONAL: The city is stacked with traditional pizzerias and trattorias

Now, thanks to the introduction of budget flights from the UK, and top-notch family-friendly resorts, Zadar is proving to be an exciting alternative.

It has deep historical ties to Italy, and its food bears more than a passing resemblance to the nation across the Adriatic.

The city is stacked with traditional pizzerias and trattorias, but for a special meal out, head for Zadars waterfront Restoran Kornat.

Prosecco and some of the best Croatian wines are in plentiful supply, and high quality dishes such as gnocchi with scallops, risotto with truffle, oysters and octopus make your hardest task of the night placing the order.

Hiring a little boat to explore the hundreds of islands to be found off the coast of Zadar is a great way to spend a day.

As the mainland is sheltered from the wider sea by the long islands, the deepening, turquoise water is incredibly calm.

Telašcica, with its salt lake, and the beautiful Kornati Islands National Park are popular stop-off points.

For those travelling with a family, Premium Residence Senia resort, run by Pierre & Vacances is the perfect retreat.

Located 13km from the city, but just 200m from the beach, the spacious, airconditioned apartments offer an escape from the hustle and bustle of the city, with two outdoor pools to enjoy to boot.

Zadar itself manages to possess a great vibe while preserving a quaint charm. The centre, connected by a bridge to the citys industrial area, is surrounded by stone walls dating back to Julius Caesar.

Sections of ruins have been preserved to offer an insight into life in Roman Zadar.

Just after the Middle Ages, it came under Venetian and Ottoman rule.

The Croats regained control when Venice fell in 1797 and Austro-Hungary took over.

But after World War One, Italy was gifted Zadar for breaking its neutrality to support the US and Britain.

This paved the way for Zadar to be heavily bombed by the Allies in World War Two as the city was ruled by Italian dictator Benito Mussolini.

It became known as the “Dresden of the Adriatic”, with 60% of buildings flattened and up to 4,000 people killed. 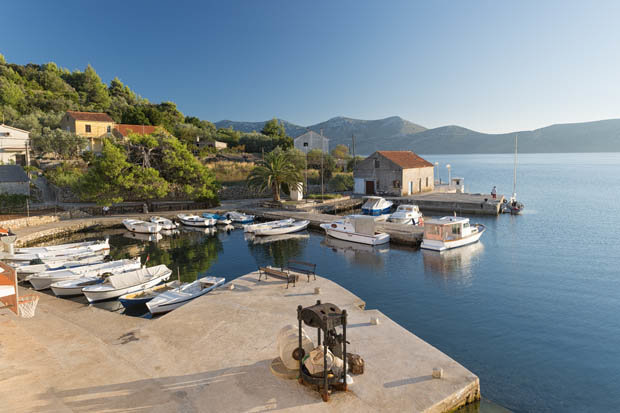 CALM: The mainland is sheltered from the wider sea by the long islands

But the city rebuilt itself under the Yugoslav regime – some older people still wistfully pine for the growth and equality provided by communist dictator Marshal Tito – before a draining war with insurgent Serb rebels in the 1990s once again brought conflict to Zadar.

Our guide Paula Padovan recalls having to dive for cover on her way to school to escape bombings.

Thankfully the peaceful and beautiful Zadar is now a far cry from this tumult.

For history buffs, the Regional Museum in nearby town Biograd na Moru poignantly illustrates the 90s war, and features shipwrecks and other historic Zadar artefacts.

A man-made sea organ built in 2005 rings out as waves hit, its sound increasing, the larger the swell.

It has proved immensely popular with visitors and is yards from another recently installed attraction, the Monument to the Sun, built two years later.

The dazzling cluster of solar panels light up in disco colours and pay homage to the spectacular reddening of the sky visible from the north-west corner of the city, once declared by film director Alfred Hitchcock, as “the most beautiful in the world”.

Up-and-coming Croatia has a lot going for it – from Game of Thrones-approved Dubrovnik, to the pine-clad islands along the Dalmatian Coast. 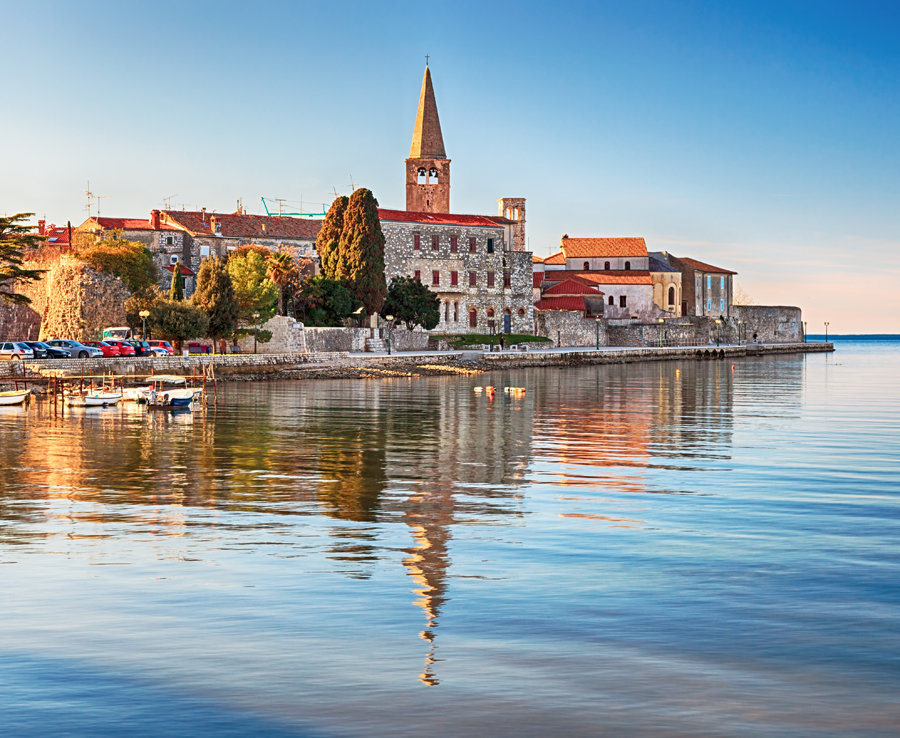 GETTING THERE: Return direct flights are available to Zadar (24km away from the residence) from London Luton, Manchester and Bristol with Ryanair (Ryanair. com) and easyJet (easyjet.com) from £44.

WHERE TO STAY: Seven nights in a two-bed apartment at Pierre & Vacances Residence Senia, in Zadar, Croatia, costs from £1,254 per apartment, arriving September 8. To book call Pierre & Vacances on 0870 0267 145 or visit pierreetvacances.co.uk

Airport transfers can also be arranged.

Telašcica and Kornati islands boat trip: A days boat trip with skipper and fishing equipment, fuel and insurance is £59.

Visit zadar.travel/en for more information on the trip.

Top 5 Challenges for the Hotel Industry in 2018

Millicent Fawcett: Who was British suffragist and leader honoured by Google...

Im A Celebrity 2018: THIS surprise star tipped as replacement for...