What: Google Flights, with its dominant search engine positioning, has turned the competition for online airline ticket sales upside down.
Why it matters: Airlines are scrambling to keep up and compete in new ways in response to what Ernesto Echeverri, director of marketing for North America, the Caribbean & Asia for LATAM Airlines Group, says is Google Flights complete disruption of the business of directing consumers to the best flights online.

It isnt easy to compete with Google. In fact, Googles owner, Alphabet, Inc., finds itself under intense scrutiny by governments and regulators who have accused it and in some cases won court judgments and fines for antitrust violations. Now, airlines are discovering Googles entry into the online ticket advertising and sales market has both good and bad consequences.

“Google Flights is the most powerful flight search tool,” Kamrowski wrote in a recent column. "[It] should be your go-to flight search engine."

But Google Flights success (it doesnt sell tickets, it only directs users to the best fares) is turning out to be a double-edged sword for airlines, who now have to compete harder —and spend more— for first-page search-engine results.

“No one else has as much access to online flights information as Google. That means Google can outperform any other online flight aggregator,” Ernesto Echeverri, director of marketing for North America, the Caribbean & Asia for LATAM Airlines Group, and a member of Portada's Travel Marketing Board, told Portada. “It makes it a little bit uneven because they have a tremendous advantage.” 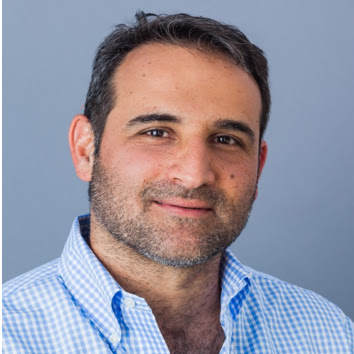 As a result, it makes it more difficult for brands like LATAM to ensure top positioning on search engine results, especially on mobile platforms where appearing on the first page is even harder due to the smaller screens on mobile.

Portada typed the words “flight to Paris from Boston” into Google recently and the following results popped up:

“We see players like Kayak and Priceline or Expedia who are also struggling to remain relevant with Google Flights,” shared Echeverri. Competing with Google for first-page search results is going to cost LATAM more. “What I think is going to start happening is that this will start increasing my costs.”

The consequences of Google Flights entry into online flight search havent been all bad, however.

Echeverri declared that LATAM ticket sales tied to searches on Google have increased as a result of Google Flights directing consumers to LATAM flights. “Google Fights is increasing our sales. The multiple is probably ten-fold per year in the category of metasearch.”

Google Flights dominance on Google search has also forced LATAM to compete harder for other ways to win customers, including making improvements to its mobile application, frequent flyer program, and CRM.

We see players like Kayak and Priceline or Expedia who are also struggling to remain relevant with Google Flights.

A Better Deal for Consumers

Another consequence of Googles disruption of flight search has been the possibility to break down the geographic barriers that allow airlines to sell tickets on the same routes at different prices, based on the market where the ticket is purchased.

According to Echeverri, the same round trip ticket between Mexico and Chile may cost more or less, depending on whether the purchase is made, in Chile or Mexico.