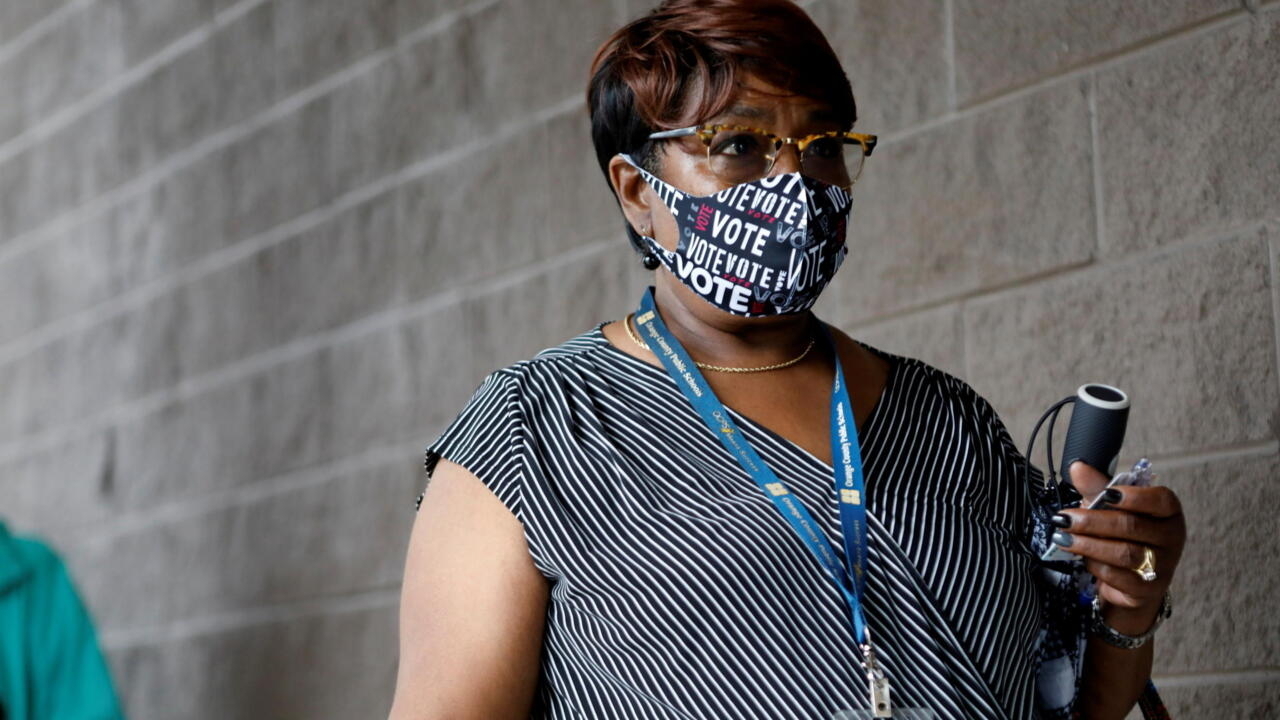 Florida voters lined up outside polling places on Monday on the first day of early voting in the battleground state, as 30 million Americans have already cast their ballots in November's presidential election.

Republican President Donald Trump, running out of time to change the dynamics of a race that he appears to be losing, campaigned in Arizona on Monday amid signs that Democrats were leading the surge in early voting.

In a conference call with campaign staff, Trump showed characteristic self-confidence in describing the state of the race, notwithstanding national opinion polls that show him well behind Democratic challenger Joe Biden.

"We're going to win," he said. "I wouldn't have told you that maybe two, three weeks ago."

Trump has appeared to cut into Biden's lead in Pennsylvania, one of the election's most important battlegrounds, according to a Reuters/Ipsos poll released on Monday. The survey found Biden leading 49% to 45% in that state, a margin 3 points narrower than last week. The poll also found Biden leading in Wisconsin 51% to 43%.

At least 30 million votes either by mail or in person had been recorded in 44 states and Washington, D.C., as of mid-afternoon on Monday, according to the U.S. Elections Project at the University of Florida.

The surge this time has been driven by many voters' desire to avoid the risks of the coronavirus associated with potentially long lines on Election Day on Nov. 3. But it also appeared to reflect enthusiasm among Democrats in particular.

In states that publicly report the party registration of voters, nearly 54% of ballots came from registered Democrats, compared with 25% from Republicans. Opinion polls show that most Trump supporters plan to vote in person on Election Day, following months of unsupported claims by Trump that absentee voting is unreliable.

Biden had no public events on Monday, instead taping a "60 Minutes" interview that CBS will broadcast on Sunday. The former vice president again tested negative for the coronavirus, his campaign said on Monday.

He and Trump have a debate scheduled for Thursday, following Trump's decision to back out of last week's planned debate.

The Trump campaign urged debate organizers to reconsider the topics under discussion, saying they stray too far from foreign policy. Biden's campaign said both sides had agreed months ago to let organizers pick the topics.

"The Trump campaign is lying about that now because Donald Trump is afraid to face more questions about his disastrous COVID response," spokesman TJ Ducklo said.

"This man had an opportunity to deal with (the virus) but denied fact, denied science, and lied to the American people," Harris said of Trump in remarks to supporters at a "drive-in" rally in Orlando.

Social media posts showed lines of voters in some of the 52 of Florida's 67 counties that began in-person early voting on Monday, suggesting similarly high levels of enthusiasm as seen in other early voting states this year.

Hundreds of people, most wearing face masks, stood in pouring rain in the morning outside the public library in Coral Gables, a majority-Hispanic city near Miami.

Louis Perez, 57, an insurance fraud investigator, said he was voting for Biden because of Trump's handling of the coronavirus pandemic.

"He lied about it right from the beginning," Perez, who is not affiliated with a party, said of Trump.