Londoner News
Home America ‘The most misunderstood state’: why California’s not as liberal as you think

It took mere minutes after California polls closed on election night for networks to call the state for Joe Biden. Millions of votes in America’s most populous state were still to be counted, but Biden’s wide victory in California was guaranteed – the state is, after all, seen as a liberal bastion.

But zoom in on its sprawling 58 counties, and the solid-blue picture of California is blurred. Even with a rousing race for the White House luring new voters to the ballot box this year, congressional conservatives held on to their seats and Republicans are poised to pick up more in close races they lost in the last cycle. Californians sided with corporations on the future of gig work, decided against affirmative action, and nixed both stronger rent control and a new business tax that benefits schools and local governments.

“California is the most misunderstood state in the country,” said the political scientist Bruce Cain, who teaches on the American west at Stanford University. “It has always been that way.”

California continues to produce some of the most influential and oppositional politicians on both sides. The Golden state is home to some of the most prominent conservative voices, including the House minority leader, Kevin McCarthy, and the Trump-allied congressman Devin Nunes. It is also home to the Democratic House speaker, Nancy Pelosi, and the House intelligence committee chairman, Adam Schiff – all of whom secured new terms this election.

It still has large swaths of red territory hidden behind a Democratic super-majority in the state house. Vice-President-Elect Kamala Harris, who hails from the Bay Area, is the only California Democrat who has made it to the White House. Before the 1990s, a largely Republican-held California sent Richard Nixon and Ronald Reagan to the national stage.

That’s why, Cain said, it shouldn’t be surprising to see some hard-fought congressional seats slipping from Democrats this year. “These were in many instances Republican seats that were held for a decade or two, sometimes longer,” he said. “It didn’t take much to tip it away – those seats were really on loan.”

The sharp ideological divide, embodied by the big battle at the top of the ticket, also encouraged Californians across the political spectrum to weigh in. They said they saw this election as the most consequential of their lifetime and, according to surveys done by the Public Policy Institute of California (PPIC), roughly three-quarters of respondents said they were more enthusiastic about voting than ever before. They were not just Democrats.

“The enthusiasm about voting was similar among Democrats and Republicans,” said Mark Baldassare, PPIC’s President. “We are a blue state, but it meant that Republicans were going to turn out in California even if the presidential election was a foregone conclusion.” The election brought roughly 22 million people to the polls, according to statistics from the California secretary of state – the most in the state’s history—and roughly 88% of eligible residents were registered.

“In what everybody was expecting was going to be a blue wave election, it looks like a few of the seats will turn Republican again,” Baldassare said, adding that focus on the presidential election and representatives also could have clouded concentration and understanding of California’s complicated 12 state propositions.

“This was a particularly challenging year for ballot measures,” he said. Along with the attention-suck from the race for the white house, Californians were thinking about the pandemic, wildfires, and the homelessness and housing crisis. “They looked through the ballot trying to get some sense of: what should I do? What’s going to help the problems that I am seeing now and where are the solutions? Who can I trust?”

California’s propositions give power to voters to determine proposed changes to state law, but all that is needed to get a proposition on the ballot in California is $2,000 and enough signatures to constitute at least 5% of the voting public. (Measures proposing changes to the state constitution require signatures from 8% of the electorate.)

California champions this form of direct democracy perhaps more than the 24 other states with similar proposition systems, but voters have expressed concerns over how complicated the ballot propositions can be – and how easy it can be to manipulate the electorate with large sums of money. Armed with expensive ad campaigns, corporations and advocacy groups have become experts at swaying public opinion. Along with record turnout this year, there were also unprecedented levels of political funding. More than $785m was spent overall on California’s propositions.

This year, two big industries succeeded in thwarting the will of legislators. The most aggressive – and expensive – campaign was launched by tech companies seeking to give themselves an exemption to a controversial labor law enacted this year, which would have required them to hire their largely independent contractor workforce as employees.

Prop 22 proponents, largely backed by Uber, Lyft, and Doordash, invested more than $200m to win over roughly 60% of California voters, outspending opponents 10 times over. Their success codified a new category of worker in California – the “gig worker” – and sets both a precedent and strategy the companies are hoping to sweep across the country.

But financing can’t explain away all the decisions voters made. Prop 16, which would change California’s constitution to allow universities and governmental agencies to make hiring decisions based on race, gender, or ethnicity – a move needed for affirmative action and diversifying hiring practices – lost with 56.6% voting no, even though proponents poured more than $27m into the effort. Opponents only spent $1.6m.

After thousands marched through the summer in support of the Black Lives Matter movement, legislators expected widespread support for the proposition. Baldassare said there was a chance the electorate didn’t fully understand the implications.

“It is not that people don’t think that racism is a problem – we had established in our surveys before the election that they very much thought it was a problem,” he said. “But they just didn’t know enough about this particular measure and didn’t have a sense of what this was going to do to help solve the problems around racism and discrimination.”

In such a difficult year, Californians had a lot on their minds and that could have affected how they approached complex ballot decisions. Before election day, surveys showed 20% of Californians ranked Covid-19 as the most important issue, followed by jobs and the economy at 16%. Only half of likely voters said they supported the direction their state was heading in.

Some close-call propositions that haven’t been finalized yet pit ideology against finances. Prop 14 would fund stem cell research with $5.5bn in borrowed funds. Prop 15 would enact new commercial property taxes based on the market value of real estate. Prop 19 would alter property tax laws for homes.

“I think there is a Covid-related concern about the status of the California economy,” Cain said of theproposition outcomes. “There is an economic caution that is induced by people realizing that we are in a serious economic hole.” He added that there was a chance these issues would be put to voters again in future elections and see different outcomes.

But even if the economy shifts, even when the coronavirus crisis comes to an end, there are sharp ideological divides here and around the country. California’s blue hue may not always be a sure thing. “When all the dust settles, over 70 million people will have voted for the Republican candidate at the top,” Cain says of the country-wide vote. “When you factor in the gains Republicans made in the house and quite likely the retention of the Senate, it is a sobering reminder that this country – and this state – are still heavily divided.” 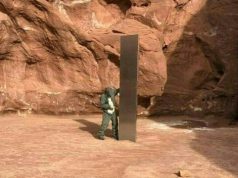 Why did Rachel Johnston die after having all her teeth removed?