Cybersecurity guru John McAfee, who courted online ridicule after he was breached by a hacker seeking to promote obscure digital coins, told RT we are essentially defenseless in the face of advanced hacking techniques.

The founder of the McAfee computer security software company had his Twitter account, where he regularly tweets tips on prospective cryptocurrencies, compromised Thursday by an unidentified perpetrator. The hacker immediately seized the opportunity to promote lesser-known digital currencies. While the recommendations were clearly not in McAfee’s style, the cryptocurrencies in question briefly surged before dropping again.

McAfee told RT there was effectively nothing he could have done to protect the account from the type of hack he fell victim to, as it was orchestrated though his carrier company, AT&T, the largest in the US.

“What happened is brand new to me. They managed to hack AT&T to move my phone number to another phone,” and then sent a bogus request for a Twitter password change. Since his telephone number was hijacked, there was little he could he do to stop hackers from successfully seizing his social media account, he said.

It took the cyber expert almost three days to wrestle his phone number back, he said, alleging someone in AT&T could have been “bribed” to enable the hack unless some “secret method of hacking” was used to get into the company’s systems.

While his Twitter handle was compromised for a very brief period, it was enough for the offender to feed off it, McAfee is sure.

“Why would they do that? Because I was issuing every day a recommendation for new alternative coins, alternative to bitcoins cryptocurrencies. People would invest hundreds of dollars into these coins. What the hacker did was to recommended six different coins within six minutes and invested, I’m sure, much money beforehand into those,” he said.

The equivalent of crypto money gained as result of this gambit could have been “millions of dollars,” McAfee estimates. So even if a mammoth bribe was needed to make the hack happen, it was definitely worth it, he reasoned.

While the hack of his account has not brought any damages, albeit reputational to him personally, it has showed that no one is immune from sophisticated hacking techniques. “If they can do it for me they can do it for anyone,” he said.

Particularly concerning for McAfee is the rising threat from “cryptojacking” – a technique of infecting computers with cryptocurrency-mining malware. And as the bitcoin craze continues, cryptocurrency owners who store their assets on exchanges risk be squeezed dry by cybercriminals, he warned. 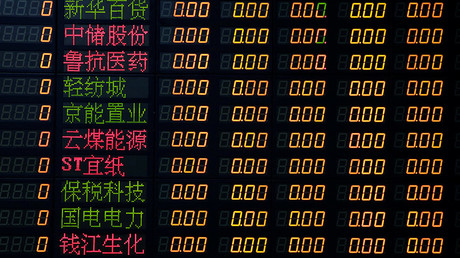 “Most people don’t keep their currencies on their own wallet, they use wallets on the exchanges. Now, if I were a hacker trying to hack into wallets and get money I wouldn’t search around the world for individuals that have their wallets. I would go to an exchange and the exchanges have billions of dollars in cryptocurrency, “ McAfee said. The notion that bitcoin is a secure asset is an “absolute nonsense,” he added.

“Beginning with Mt.Gox a couple of years ago where hundreds of millions of dollars were lost… This will continue to happen until people and the owners of the exchanges understand that the world they are in is far more sophisticated in terms of hacking than they believe,” he said, predicting ominously that “every exchange will at some point in the near future get hacked.”

“And if you have your wallet on those exchanges, you’ll lose your money because they do not have the resources to reimburse you.”

The post ‘We live in a new world of sophisticated hacking & cryptojacking’ – McAfee to RT appeared first on News Wire Now.