Guests claimed people were snorting cocaine “all over each other” on the deck beds of the Vision of the Seas ship.

Others said partygoers vomited into the swimming pool and were so drunk they had to be taken around by wheelchairs.

Footage from the trip – a five-day boat festival known as Anchored – shows a scene of carnage on the decks.

Champagne is sprayed over hundreds of raving dancers.

PARTY: Hundreds of passengers were filmed going ballistic on the ship

The ship started in Barcelona on June 7 before sailing around the Med via Cannes, Ibiza and Majorca before returning five days later.

After just the first night, a British man was arrested as the vessel docked in France.

“Im surprised no one died”

Another passenger said the ordeal was so horrifying he and his friends got off when they docked in Ibiza and refused to return.

A third said they saw group sex all over the “lawless” ship, adding drink and drugs were so rife “Im surprised no one died”.

And another holidaymaker said they saw “it was easier to get a bag of coke on board than it was to get a drink”.

The festival was filmed by Channel 4 as part of five-part reality show Shipmates, due to air later this year.

There is no suggestion anyone involved in the production of Shipmates was involved in any wrongdoing.

Channel 4 said it could not comment on the behaviour of other passengers.

A spokesman said that the debauched incidents did not involve contestants. 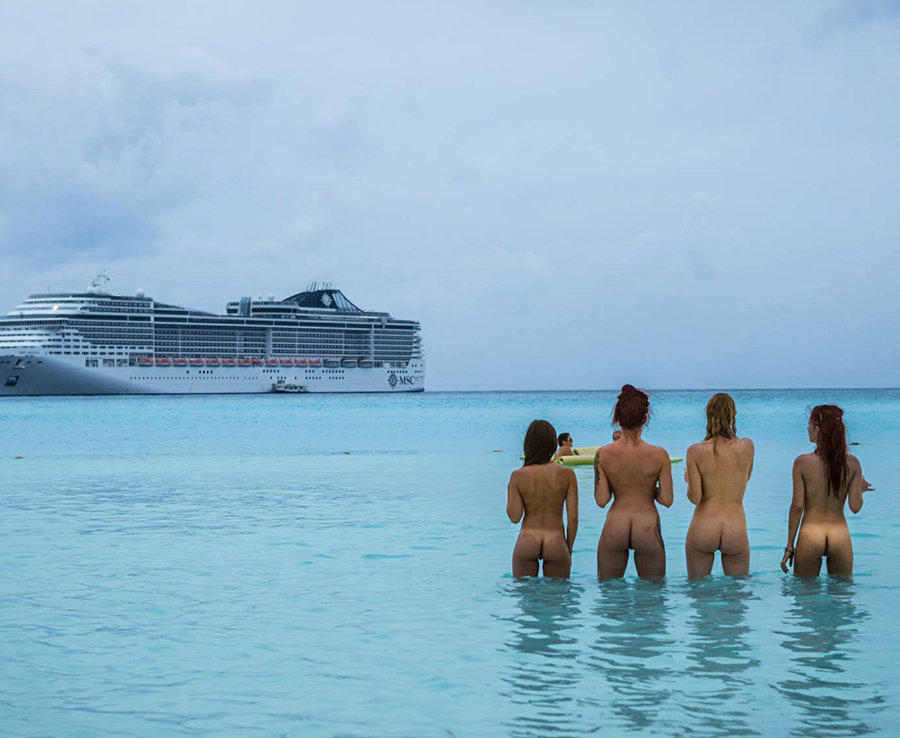 He added: “Any suggestion that an arrest or drug investigation involved anyone in the programme is untrue. We cannot comment on the behaviour of other passengers.”

Royal Caribbean Cruises confirmed the arrest was made in Cannes.

A spokesman said: “We have a zero-tolerance policy for the use or possession of illegal drugs on our ships.

“Ship charters are held to the same strict standards.

“We operate with the health and safety of our guests and crew as our highest priority, and we cooperate fully with law enforcement when we are aware of violations.”

Anchored did not respond to a request for a comment.