German Chancellor Angela Merkel has told the European Union that it must be more realistic in accepting Britain’s negotiating position in fishing and trade talks. Earlier this month, Mrs Merkel said Brussels had to accept that any deal must be in the interests of both the UK and the EU. It is widely believed the German Chancellor will play an influential role in brokering any UK-EU trade agreement in the coming weeks.

Other European leaders expect her to push French President Emmanuel Macron to compromise on his hardline demands to secure continued access to Britain’s coastal waters after the end of the year.

However, it is not going to be easy as, as he arrived at the EU summit on October 15, Mr Macron declared that “in no case shall French fishermen be sacrificed for Brexit”.

The two leaders’ stark differences on the subject arguably highlight a much bigger problem for the future of the bloc, as the Franco-German relationship is said to be its engine.

It was the French wartime hero and later President Charles de Gaulle who famously told the German Chancellor Konrad Adenauer in 1963 that, “Europe is France and Germany; the rest are just the trimmings”.

Moreover, in a recent report, the head of London-based think-tank Euro Intelligence Wolfgang Munchau argued years of Franco-German convergence on foreign policy and security might have also been recently cast aside.

He wrote: “Annegret Kramp-Karrenbauer, outgoing CDU chairwoman and German defence minister, expressed her hopes of a return to the good old days of the transatlantic relationship under Joe Biden.

“She did not mention his name in her article but, on the eve of the US elections, her comments leave us with no other conclusion.”

On Monday, Ms Kramp-Karrenbauer told Redaktionsnetzwerk Deutschland: “Illusions of European strategic autonomy must come to an end: Europeans will not be able to replace America’s crucial role as a security provider.”

According to Mr Munchau, her claims were “a direct attack” on French President Emmanuel Macron, who has been calling for exactly that.

He added: “Years of Franco-German convergence on foreign policy and security have essentially been cast aside by a sloppily argued op-ed.

“Yet, we are not surprised to read this.”

Mr Munchau explained Germans cannot deal with the notion of strategic autonomy because it would require them to raise their defence spending and change their constitution, which gives the Bundestag veto rights over the deployment of troops, and take part in military campaigns that Germany would normally prefer not to get engaged in.

He concluded: “Specifically, Ms Kramp-Karrenbauer wants the US to keep the EU fully under its nuclear umbrella, which requires Europeans to accept US leadership as a quid-pro-quo.

“We have commented on this before, but Ms Kramp-Karrenbauer is the most un-European Saarlander we ever came across. She is very much in contrast to Heiko Maas and Peter Altmaier, the other Saarlanders in the German Cabinet.

“Both of those politicians are pushing in the exact opposite direction, in favour of more European strategic autonomy in their respective fields.”

Ms Kramp-Karrenbauer was expected to be the Christian Democratic Union (CDU) candidate to replace Angela Merkel as Chancellor.

However, in February, she announced that she would resign her position as CDU leader later in the year and would not put herself forward as a candidate for Chancellor for the 2021 federal election.

While a split between France and Germany appears to be evident, in an exclusive interview with Express.co.uk, Ukip founder Alan Sked claimed Mrs Merkel, alongside the French leader, might actually be plotting something quite radical for the future of the bloc.

He said: “Macron has been a great advocate for a federal Europe.

“He has made great speeches, calling for Europe to be united and having a fiscal union, a monetary union, which includes a bank, one treasury, one finance minister and some sort of financial parliament.

“Merkel and the Germans don’t actually believe in that but Merkel is about to retire and the rumour is that she wants to have some kind of historical legacy because so far there is not very much she can claim as hers.” 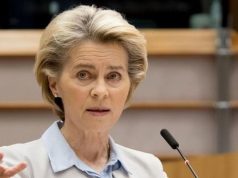 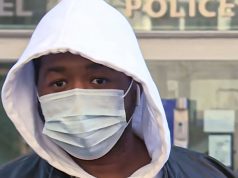 So much respect: This Morning viewers praise Kerry Katona as she...