Fisheries Minister Victoria Prentis has signed a Memorandum of Understanding (MoU) with Greenland to boost cooperation on fisheries matters. It signals another step forward as the UK prepares to leave the EU’s Common Fisheries Policy as negotiations between Michel Barnier and Lord Frost remain at an impasse.

The new agreement is the third such coastal state agreement with the Nordic nations and follows the Norway and Faroe Islands agreements signed in September and October.

Number 10 says the new deal will enable the countries to cooperate on fisheries management.

In the agreement, the UK and Greenland also recognise the need to promote responsible fisheries to ensure the long-term conservation and sustainable use of marine resources.

They will also endeavour to use a science-based approach to fisheries to minimise the impacts on the marine environment.

The largest island in the world, which was granted home rule status by Denmark in 1979, voted to leave the EU in 1982.

However, it took until 1985 until negotiations were completed, following more than 100 meetings with EU officials.

The MoU will come into effect on the 1st January.

Victoria Prentis MP, Fisheries Minister, said: “The UK and Greenland both have a proud history as outward-looking countries who have benefited from the wealth of our seas.

“As we regain our position as an independent coastal state, we are committed to working with our North-East Atlantic neighbours, like Greenland, for the benefit of our fishing industries and our marine environment.

Jens Immanuelsen, Greenland’s Minister of Fisheries, Hunting and Agriculture, as well as Deputy Prime Minister, added: “I am very pleased that I can sign the Memorandum of Understanding between Greenland and the United Kingdom of Great Britain and Northern Ireland today.

“It is an important step in developing our relations.

“I am looking forward to developing the cooperation within areas such as fisheries management, science and hopefully between our industries.

“It is my belief that our signature today will be the first step towards a strong partnership between Greenland and the United Kingdom.”

Brexiteer and Shrewsbury Tory MP Daniel Kawczynski welcomed the news and took a swipe at the incompetence of the EU to secure a deal with Westminster.

He added: “All of our immediate non-EU fishing neighbours have now agreed a fishing memorandum of understanding with us as a new independent coastal State.

“Norway, Faroe Islands, Iceland and Greenland have shown how agreements can be made unlike the dogma and intransigence of EU.”

It comes as Lord Frost is currently trying to secure a deal with his EU counterpart on fishing policies which Mr Barnier has said is a “key to unlock a deal”.

However, Express.co.uk understands Mr Barnier is demanding the UK agree on a big share of quotas for the bloc’s fleets in return for access to the EU market.

Time is running out to secure a deal at the end of the transition period on December 31, with businesses fearing the high trade tariffs they would face in the absence of an agreement. 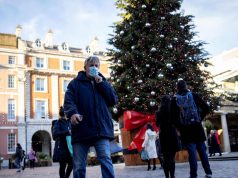 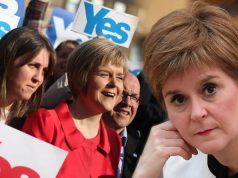 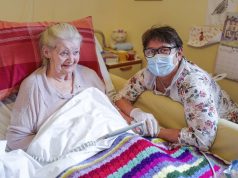 Snap’s IPO to be probed by US authorities over weakened share...